Don't Know What You Got (Till It's Gone)

We’ve got a little more than a week before the year actually ends, but for concert photography, the “no, thanks!” message I got for the last show on my calendar meant I’m done in that particular department for the year. As with so many other outlets, I find myself inclined to putting this particular bow on my year as both a reflection and for looking ahead.
For 2018, I covered some truly legendary names in the music business, and a number of them are on the road to say good-bye to the road. Having missed some artists I’ve been a true fan of before they called it a day, I’m thrilled at the list I’ve accounted for this year. Sir Elton John has started his farewell tour, as has metal icons Slayer, and southern rock heavyweights Lynyrd Skynyrd. I didn’t make it to Bob Segar’s final bow in St. Louis, which is probably one that will nag at me going forward, but things happen. I also had to take a pass on the Eagles’ stop in the Gateway City, but whether they’ll be back again is anyone’s guess.

Next year, both KISS and Ozzy Osborne will be dropping by, both on their own planned curtain-call runs. I’ve seen the former in concert many times, never the latter, but I hope for the chance to stand in front of both with my cameras before they call it a day.
Aside from farewells, there were some other pretty banner names that I was fortunate enough to add to my roster of shows covered. From Taylor Swift and Foo Fighters (twice this year!) to Sir Rod Stewart and Judas Priest. How’s that for an eclectic mix? Foreigner and Styx fall into the iconic-acts category, while Imagine Dragons and Avenged Sevenfold help carry the ball for current artists.

People always want to discuss “best” this and “greatest” that. I can’t pick anything as a favorite over the others. I’m all over the place in my tastes in music, and the shows I covered reflect that. Along with the Foos, I covered Ghost twice, Lindsey Stirling at a pair of shows, Breaking Benjamin twice, Halestorm got a twofer, and The Struts – oh, The Struts, my newest musical infatuation and the band my friends are almost certainly tired of hearing me talk about already! – let me in to cover them a whopping four times.
There were shows that were just pure, unadulterated fun. How else can you describe a show with Vanilla Ice, Tone Loc, and Naughty By Nature, to name just a few, all on one stage (at the same time, for the finale!)? And I would tell you all about the Steel Panther show, but as you’ll learn shortly in my review, there’s not a lot I can say about it that will keep this writing at a PG-13 level. But “fun” definitely fits!

Back to the eclectic thing, in one week this summer, I stood in front of Rob Zombie, Amy Lee and Evanescense with a full orchestra behind them, Grace VanderWaal, and K.Flay. Marilyn Manson and Walk The Moon were part of that same week, along with Joan Jett, who opted not to have her photos taken, but still put on one helluva show. But I also stood in an arena filled with the score of HBO’s hit series “Game of Thrones” as composer Ramin Djawadi showed that an orchestra can certainly deliver a rock concert, too!
Names that I grew up with were in front of my lenses, and even now I have to remind myself that it wasn’t just a dream. U2 and Alice Cooper, ZZ Top and Faster Pussycat, Poison, Tesla, Cheap Trick, these are just a few of the acts I was lucky enough to cover. On the country side of the house, Blake Shelton and Miranda Lambert played just the same venue with just a brief gap between them, but everything was civil. Sugarland and Little Big Town dropped in to SLU for a couple of shows, bringing some of the meteoric names in country along with them, like 2019-Grammy nominee Kacey Musgraves and actress/singer Clare Bowen.

In a first for me, I covered two different single-day festivals, both from The Point in St. Louis – Pointfest in May, and Wayback Pointfest in September. These shows had tons of talent, from local artists like Guerrilla Theory and The Skagbyrds to names everyone knows, or should know, like Candlebox, Buckcherry, POD, and Alien Ant Farm. With Shinedown, The Offspring, 311, and Alice in Chains at the “big names” on the posters, there was no way I wanted to miss these shows!
Along with Slayer’s adieu, I got to round out my collection of the “Big 4” with Anthrax, and one of my favorite new acts, Bad Wolves (yeah, I’m a bit partial, sue me!) took the stage for a killer set. I watched a 6’8” clown bring an audience to laughter and tears when Puddles Pity Party performed everything from Cohen’s “Hallelujah” to Adele’s “Hello.” And I got to be in the room for The Smashing Pumpkins’ return to the stage in St. Louis.

There are so many great acts and great shows that I’ve seen this year, I’m not going to list more of them. I’ll leave some out and then I’ll feel bad. I’ve put up a “year in review” photo album that can be found and you can see who I’ve seen. But the experiences are beyond words anyway. I don’t know if next year will be able to top this year as far as pure numbers. But with acts like Disturbed, Panic! at the Disco, John Mellencamp, Metallica, Shinedown, Michael Buble, Garth Brooks, and Cher joining the aforementioned Ozzy and KISS tours in my area, I can tell you there’s no shortage of legends standing under spotlights to be found, no matter what kind of music you like. And if those names are enough for you, how the return of the Rolling Stones to the US for a thirteen-city tour, including Chicago? And, just as big for me, the return of The Raven Age opening up shows for Iron Maiden again, which brings me right back to where this all started.
See ya in the pits!
Posted by Mike Sørensen at 16:12 No comments: 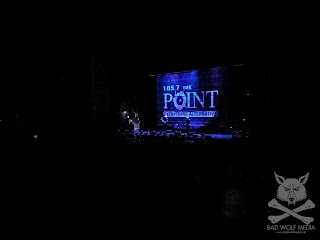 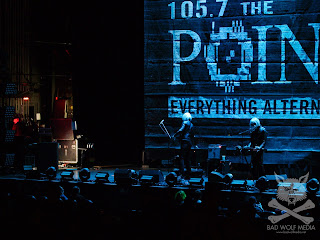